In Memory of our Founder 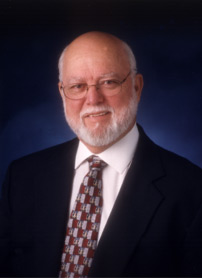 Harvey L. Garrett was born in 1941 in Tampa, Florida. He served his country and state in the Florida Army National Guard for nine years. In 1968 he began his insurance career with the General Adjustment Bureau (GAB), where he learned the claims-settling process used by insurance companies with their policyholders. Mr. Garrett also attended every insurance school and seminar offered during that time.

After seven years of service with GAB, he returned to Tampa, where he was one of the pioneers in general construction specializing in insurance restoration. For 14 years he worked exclusively for the insurance companies and their insured. Garrett Construction, Inc. had five offices in Florida and one in Texas.

During his 21 years of service for the insurance company, he worked much of the Southeast and every natural disaster that affected Florida. There was no type of insurance loss he had not adjusted. After returning from settling claims due to Hurricane Hugo (1989), he recognized the need for an advocate for property owners and professionals during loss situations. With his vast knowledge and unprecedented experience, he incorporated North American Insurance Consultants – a firm that would utilize his multi-faceted abilities and education.

Mr. Garrett addressed his work with vigor, tenacity, and the expertise of a true professional. His legacy lives on through his son and company as a second-generation public insurance adjusting firm.  In 2019, North American Insurance Claims changed its name to Garrett Claims Group and continues the legacy of providing reliable claims assistance to families and businesses.

Have an Insurance Claim? Tell Us About It!